The Loire Valley, France is best known as being the home to many important castles. Many of these date from the 15th to 17th centuries when the region was much loved by many of the French Kings and noblemen, who competed to build ever more elaborate and luxurious chateaux. The ones not to miss include: Amboise, Chenonceau and Chambord.

Chateau has become synonymous with the Loire Valley from the time it was embraced by French Royalty as a safe haven away from the political back-stabbing of Paris and then as a rich cultural playground. What they and their noble followers created is here for us all to see today, preserved in a way perhaps only the French can — even to the extent of rebuilding, such as the fortress at Chinon.

The Loire Valley castles are as diverse as they are numerous (over 300), from Chenonceau  spanning the river Cher, Chambordwith its outrageous and unnecessary scale, Azay-le Rideauseemingly floating on the river Indre, Amboise with its Leonardo de Vinci connection, Cande where Edward Prince of Wales married Wallis Simpson plus many with beautiful gardens such as at Villandry and Chaumont-sur-Loire and a few, like Le Grand Pressigny  and Oiron housing museums and galleries – definitely something for everyone!

Their influence and the areas natural beauty made UNESCO designate a large Loire, which includes many of the best chateau, a world heritage site. Listed are many of the more famous Loire chateau —  you will have to decide yourself on which ones to visit. They are easily accessible from anywhere within the region and also France’s capital city, Paris.

The Loire Valley is an area steeped in history and because of its riches, one that has been fought over and influenced by a variety of adversaries from by the Romans to Atila the Hun. The formation of the region as we know it today began after its conquest by Julius Caesar in 52BC. It is however Emperor Augustus who is credited with bringing peace and stability to the Loire Valley. This stability saw the growth of towns such as Orleans (Genabum),Tours (Caesarodunum), Le Mans (Noviodunum), Angers (Juliomagus),Bourges (Avaricum) and Chartres (Autricum).Their influence is still evident in these now fine cities in varying degrees. The Roman’s greatest influence however might be considered to be the introduction of the first vines to the region.

Christianity spread to the region due, to a large extent, to the work of the first Bishop of Tours, St. Gatien and in the 4th century was further accepted throughout Touraine due to the influences of the now much admired, bishop St. Martin.

After the Huns were repelled at Orleans in 451 the area was eventually conquered by the Frankish king Clovis in 507 but this didn’t stop the Saracens from the south or Vikings from the north trying to lay claim to this fertile land.

From then and during the middle ages (5th to15th century) the foundations were laid for the great political and religious centres that were to follow. With all the major cities of the area having a part to play in the formation and destiny of the France we know today.

Tours was actually a larger city than Paris at this time with its growth centred around the followers of Saint Martin. Angers to the west and Blois to the east had feuding, powerful nobles building fortresses to protect their territories. Many of these were the responsibility of prolific builder of fortifications, Folk Nerra Count of Anjou  (970-1040) and they would later become the sites of many of the grand chateaux we see today. Chinon was to become the popular residence of the Plantagenet kings of England after they had gained the County of Anjou through marriage during the 11th century. Orleans was home to original ‘kings of France’ with a dynasty dating back to the 9th century, which would endure right up to the French revolution. In Vendome we see the rise of the Bourbon dynasty which would provide future kings of France and Spain.

The Castles we will be visiting 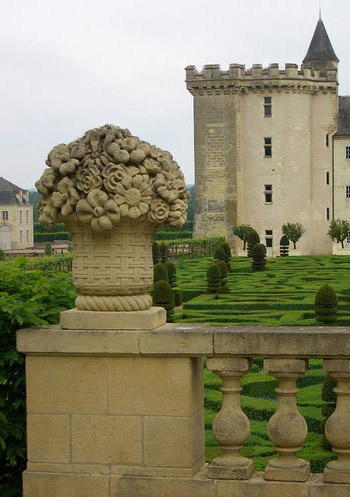 The chateau Villandry dates from circa 1536 when it was built by one of Francois 1’s finance ministers, Jean le Breton. Le Briton was also responsible for overseeing the construction of the royal ‘flight of fancy’ that is chateau Chambord. The tower which looks a little out of place is all that remains of the old fortress he demolished to make way for the chateau. 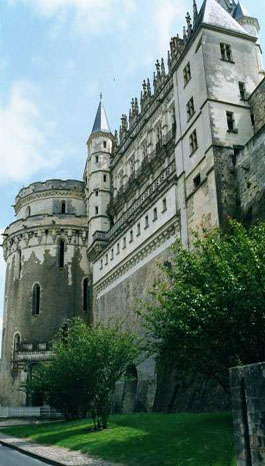 The chateau Amboise was built on the foundations of an old fortress, its position perched high on a promontory over looking the Loire, offering a solid defence against any intruders. The chateau was seized by Charles VII in the mid 1400’s after its owner, Louise d’Amboise was involved in a plot against the monarchy. He was later to be pardoned but the chateau remained in the hands of the king. 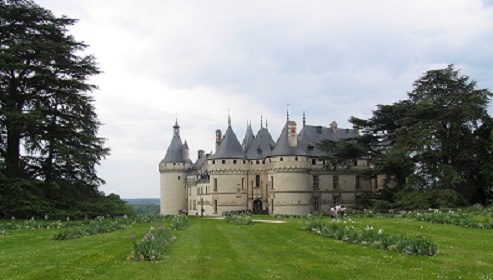 Chateau Chaumont-sur-Loire was built on the site of a former fortress that had dominated the Loire river offering resistance to the many attacks on the Royal town of Blois using this route. Its location overlooking the town of Chaumont and the Loire made it an ideal place to build a chateau for more peaceful times. 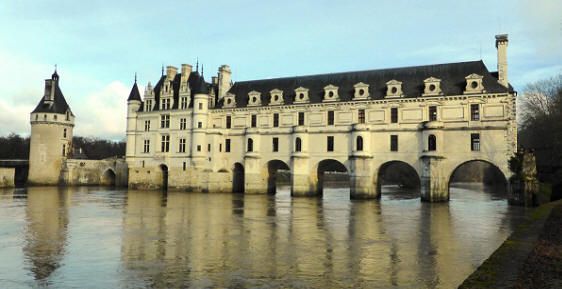 Chateau de Chenonceau is the most visited and photographed chateau of the Loire Valley in France. It is often described as ‘the ladies chateau’ as throughout its history it is they who have most influenced its design and its destiny…it was not always the chateau we see today.

King Henri II gave Chateau de Chenonceau to his mistress Diane de Poitiers it was she who added the bridge over the Cher as well as the gardens.
When Henri died, the Queen, Catherine de’ Medici, forced Diane out of Chenonceau (to Chateau de Chaumont), even though by then she was its legitimate owner. Catherine proceeded to build the gallery and grand ballroom on Diane’s bridge which finally gave Chenonceau its now iconic look.  Diane would in fact refuse to live at Chaumont and the “Eternally Beautiful” lady of Chenonceau would finish her days in the nearby castle of Anet.