About the Bordeaux Wine Region

Citadel of Blaye
Vauban, the famous French enginneer, working for King Louis XIV in the 17th. Century, designed and built the Blaye Citadel as a fortress to protect Bordeaux city and the region from sea-borne attack by the English. If you are visiting the Medoc region then while not so large, the twin fort, Cussac Fort Medoc, is interesting as together they defended the Gironde estuary.

Bordeaux has its share of interesting architectural features. This tower (tour) on the vineyard estate of Chateau Tour de By and is in fact a lighthouse constructed in 1825. From the top of the tower can be had wonderful views over the Medoc vineyards and the Gironde estuary.

Wine Villages
The region has numerous wine villages with seasonal festivities and fetes—worth obtaining a local events calendar. Naturally every village has its church, cemetery and local monuments and the care and concern that the French show to these structures of life is highly evident in Bordeaux where vast sums of money have been spent bring them up to a pristine state. Worth a visit. 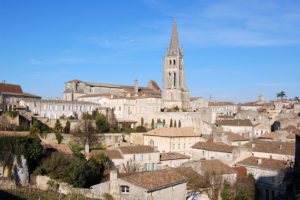 St. Emilion
St. Emilion would be every wine tourists “must visit” list just for its superb Bordeaux wines, however this golden village is one of the most beautiful in France. Sat in a natural amphitheatre surrounded by its famous vines, it is a place to spend and enjoyable day.

Shopping
Considered by fashion shoppers as being second only to Paris Bordeaux city has wide pedestrian boulevards flanked by shops ranging from reasonable to out of sight expensive fashion-wear.

Historical structures
In the heart of the city can be found structures ranging from an ancient Roman amphitheatre to towers, fountains and civic buildings that reflect the grandeur and status the Bordeaux city has achieved over the centuries. 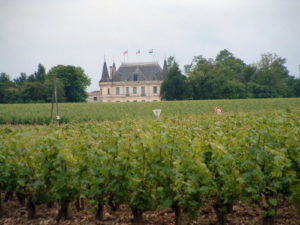 There are a large number of wine growing areas, differing widely in size and sometimes overlapping, which lie within the overarching wine region of Bordeaux, centred on the city of Bordeaux and covering the whole area of the Gironde department of Aquitaine. The Bordeaux region is naturally divided by the Gironde Estuary into a Left Bank area which includes the Médoc and Graves and a Right Bank area which includes the Libournais, Bourg and Blaye. The Médoc is itself divided into Haut-Médoc (the upstream or southern portion) and Bas-Médoc (the downstream or northern portion, often referred to simply as “Médoc”). 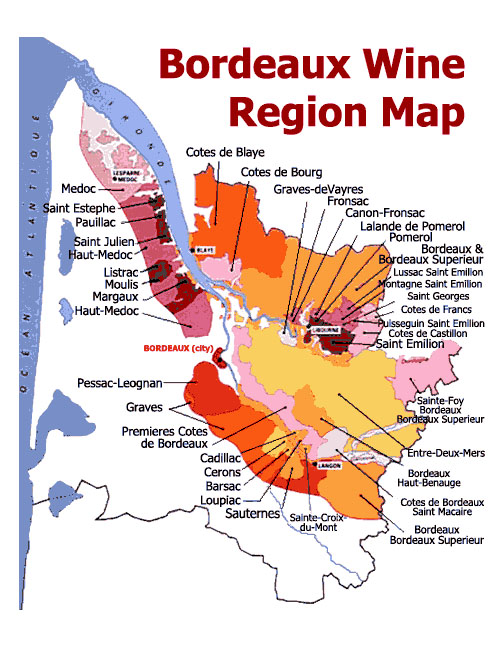 All of these regions (except the Libournais) have their own appellation and are governed by Appellation d’origine contrôlée laws which dictate the permissible grape varieties, alcohol level, methods of pruning and picking, density of planting and appropriate yields as well as various winemaking techniques. Bordeaux wine labels will usually include the region on the front if all the grapes have been harvested in a specific region and the wine otherwise complies with the AOC requirements. There are about 50 AOCs applicable to the Bordeaux region.

Both red and white Bordeaux wines are almost invariably blended. The permissible grape varieties in red Bordeaux are: Cabernet Sauvignon, Merlot, Cabernet Franc, Malbec and Petit Verdot. While wine making styles vary, a general rule of thumb is that the Left Bank is predominately Cabernet Sauvignon based with the Right Bank being more Merlot based. The Graves area produces both red wine (from the grapes previously mentioned) and white wine from the Sauvignon blanc, Sémillon and Muscadelle grapes. The area of Sauternes (including Barsac) is known for its botrytized dessert wines.